Taking Flight is a short film inspired by the life and heritage of Antonio Pasin, inventor of the Radio Flyer wagon.

In this fictional tribute to Pasin’s legacy, what begins as a small boy’s over-scheduled, over supervised, boring day with Grandpa turns into a larger-than-life journey, narrowly escaping wild monkeys and battling aliens to save the universe.

Through the power of imagination and epic adventure, a boy learns to be a kid, a father learns to be a dad, and a grandfather reminds us all what childhood is about. 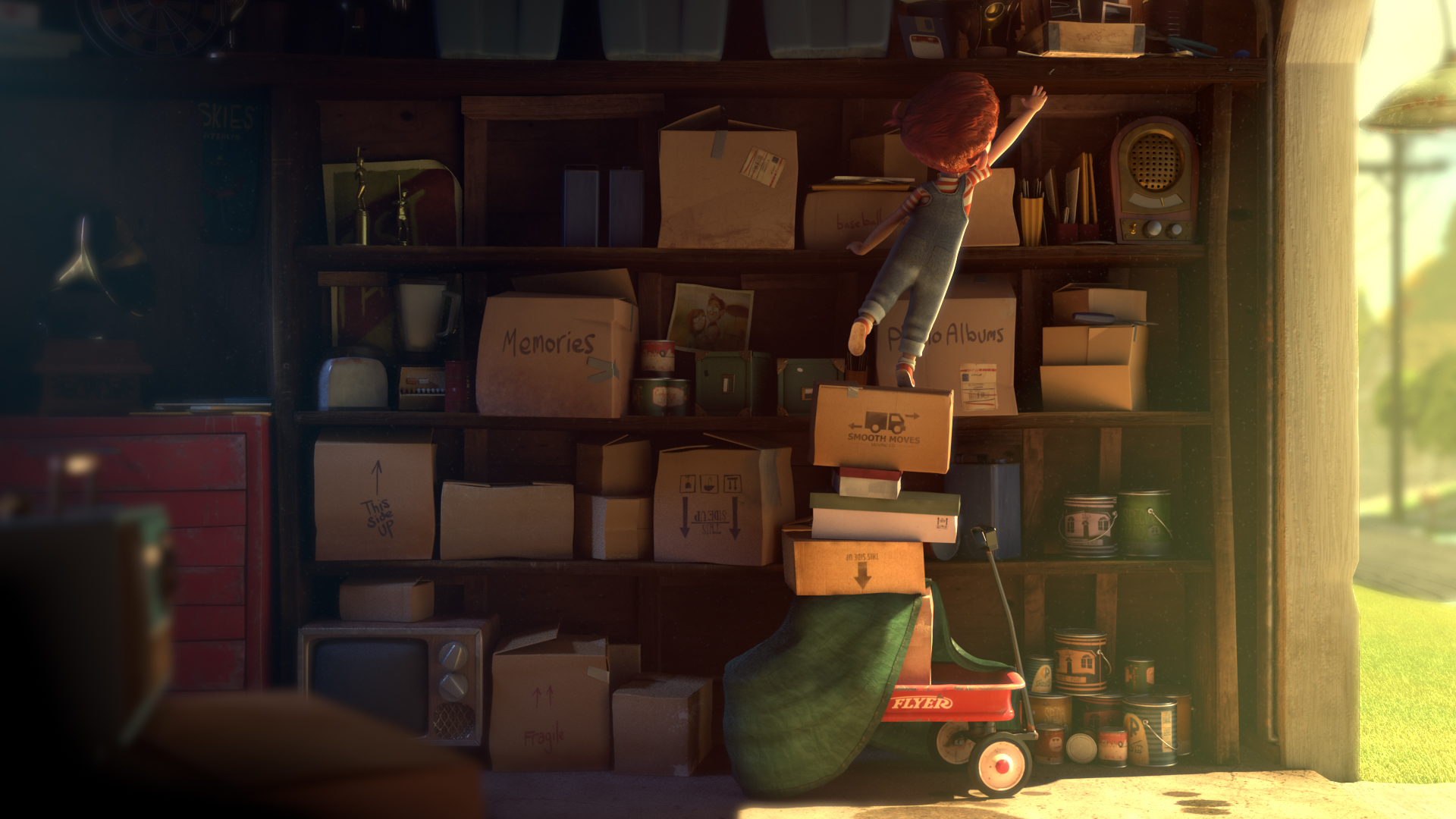 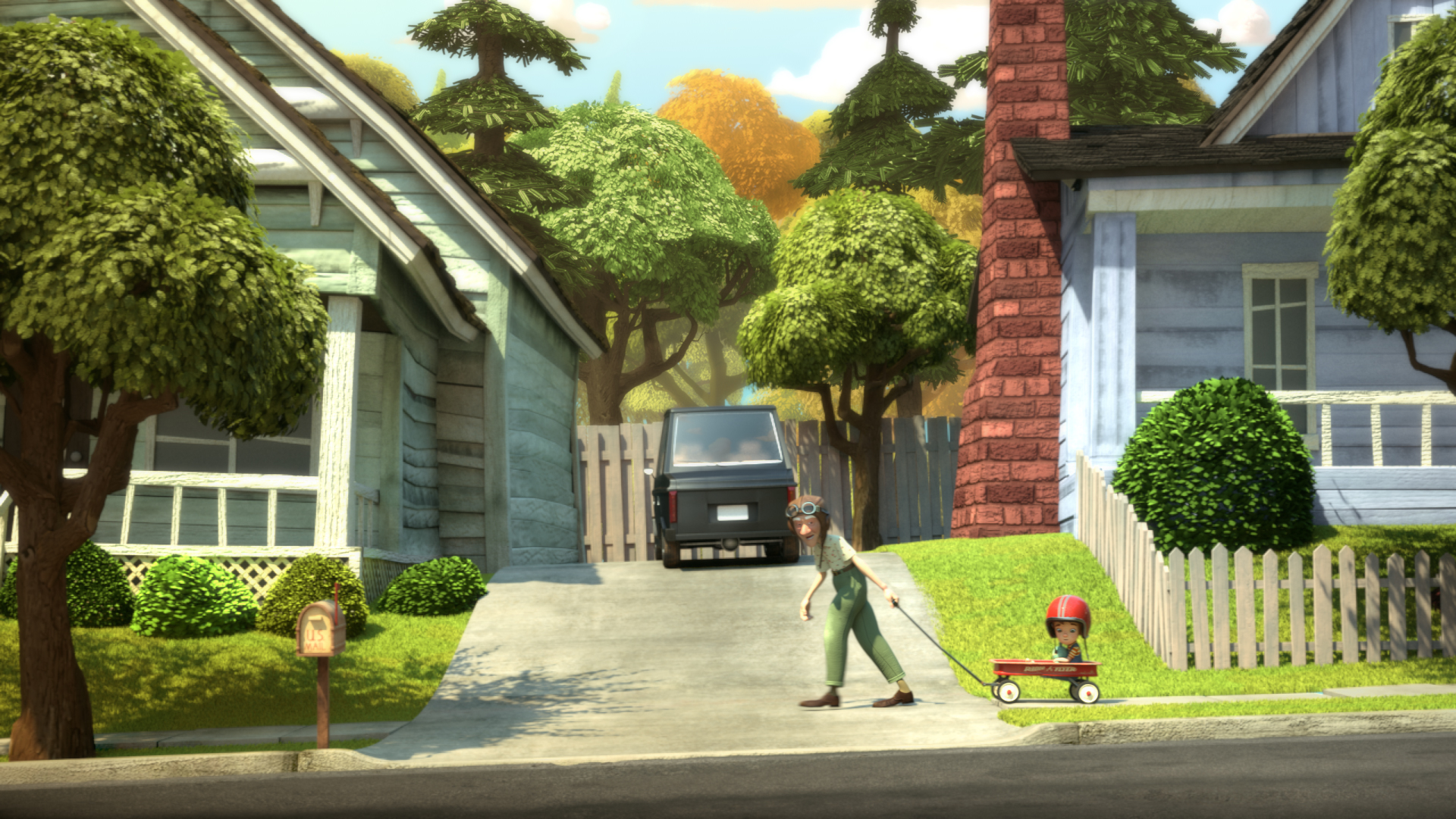 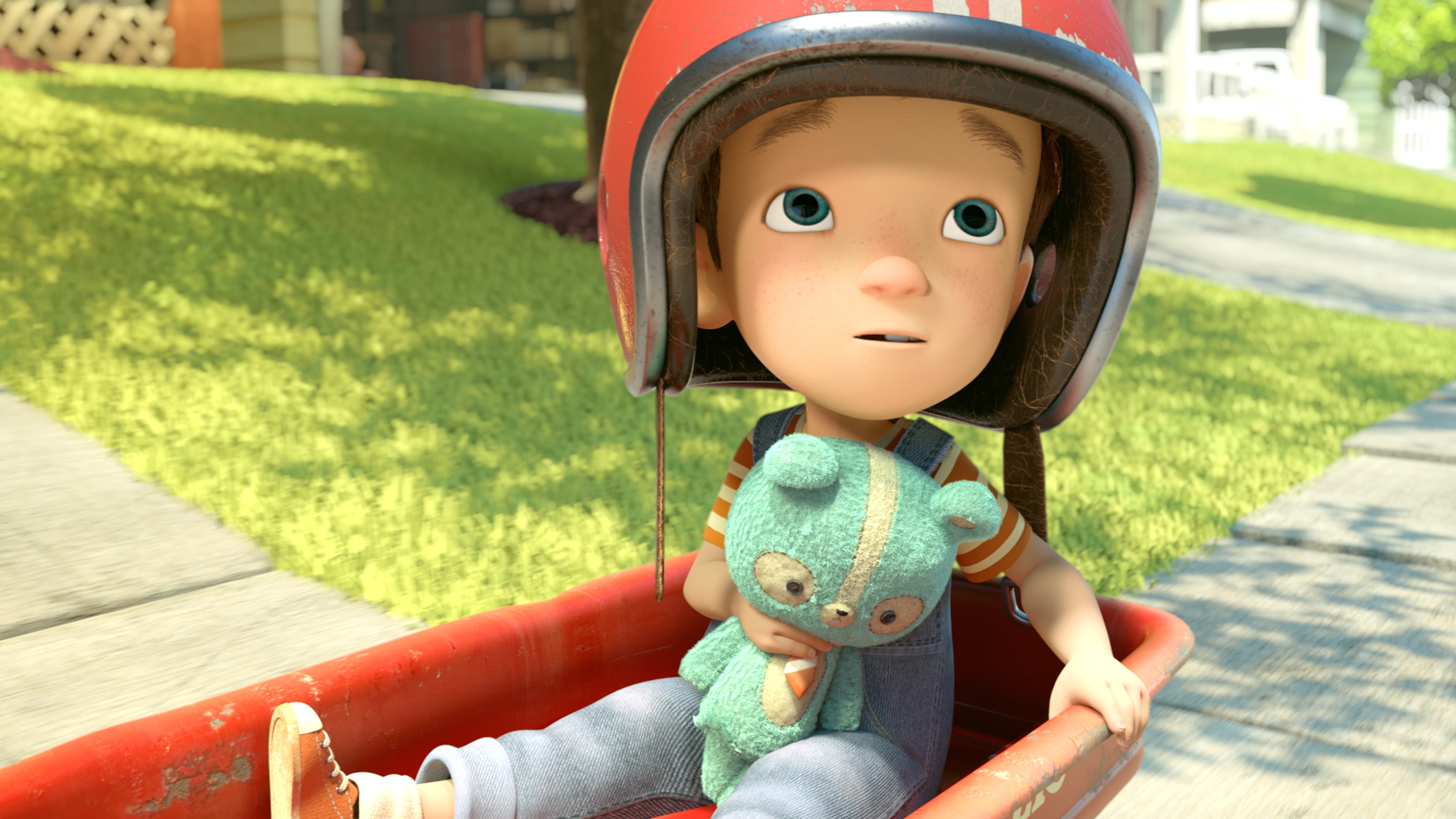 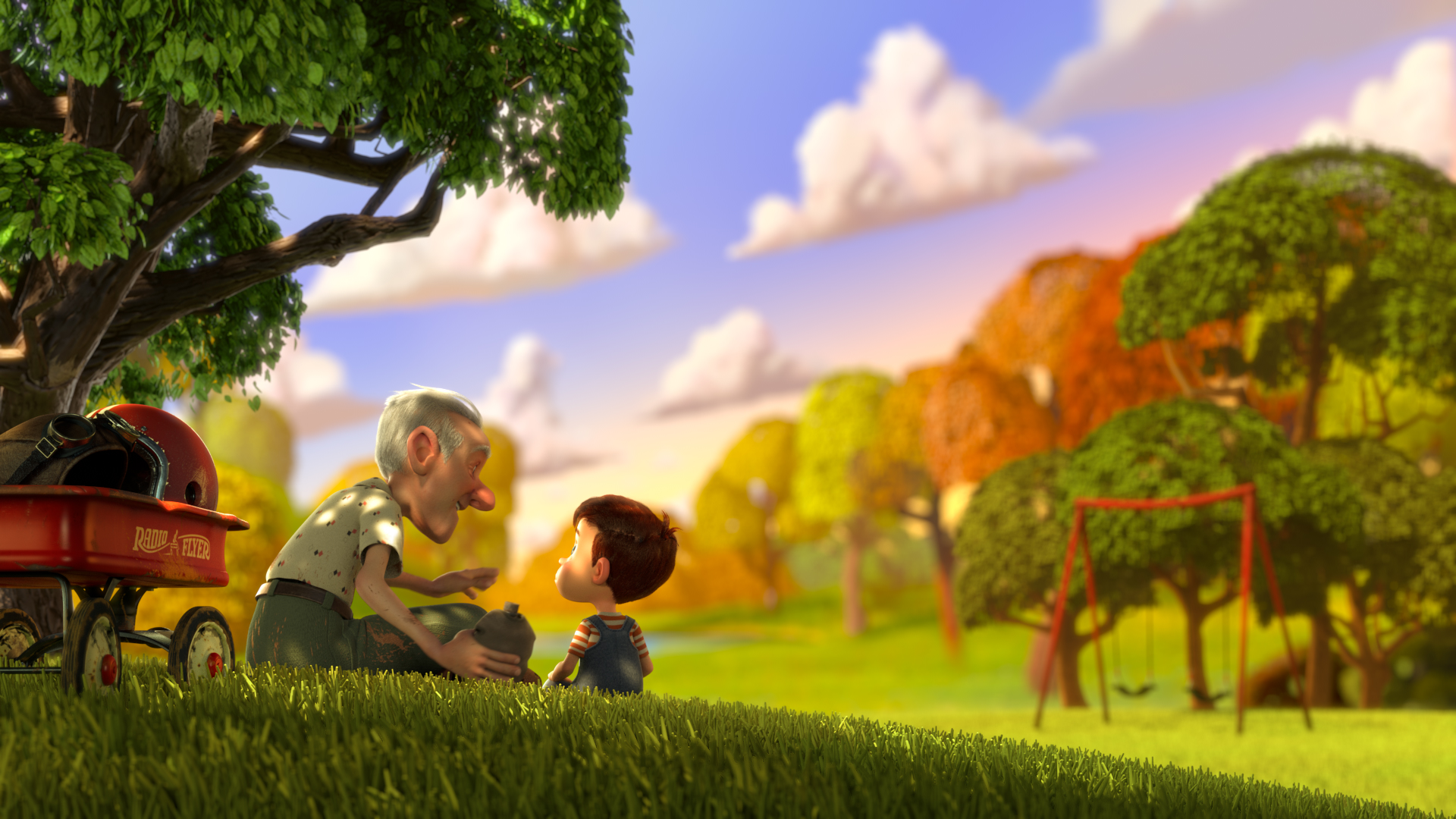 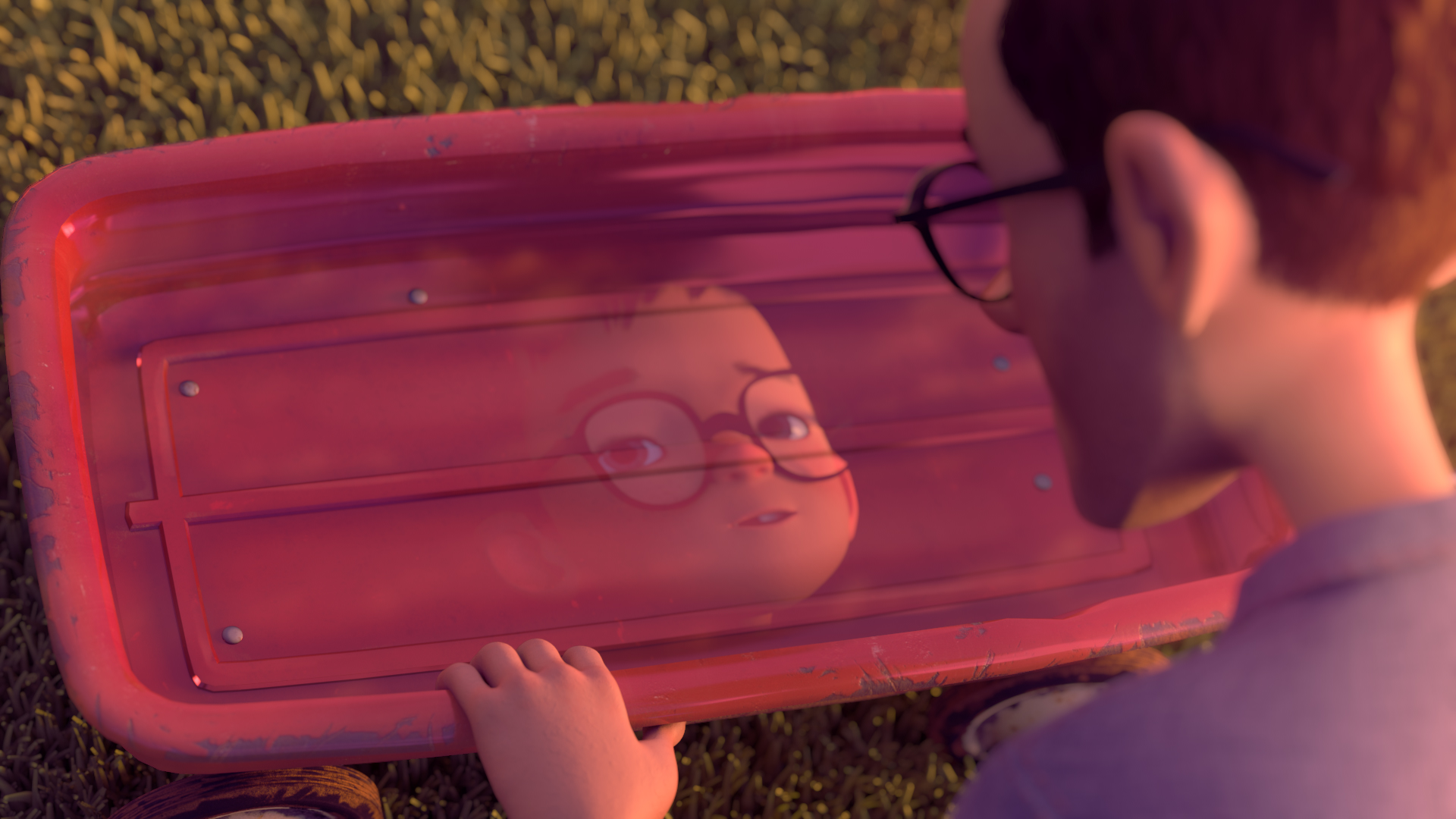 Moonbot Studios is a place where outstanding individual talents combine to create extraordinary entertainment to an array of media platforms. We make books, films, apps, games and whatever tickles our fancy.

Brandon Oldenburg is an award-winning illustrator, designer, sculptor and film director. After co-founding Moonbot Studios in Shreveport, Louisiana, he won an Academy Award® for The Fantastic Flying Books of Mr. Morris Lessmore, an animated short film about the curative powers of story.

He has also received an Emmy Award for his directorial work on The Scarecrow, a film and game experience for Chipotle Mexican Grill, which garnered over 14 million views on YouTube. His other recent film projects include an Annie Award nominated short based on Edgar Allan Poe’s poem, The Raven; a Emmy Award winning film collaboration with Dolby Laboratories featuring Mr. Morris Lessmore, Silent and a film adaptation of The Numberlys, a Webby Award winning app and bestselling picture book published by Moonbot Studios. Alongside Moonbot co-founder, William Joyce, Oldenburg is the co-host of TCM Movie Camp, a new program on Turner Classic Movies created to foster a love of classic movies and filmmaking in young audiences.

Oldenburg’s illustrations have graced the covers of prestigious authors' books such as Elmore Leonard and Michael Chabon. In 2010, Oldenburg was honored with the Distinguished Alumni of the Year from Ringling College of Art and Design, where he received his BFA in Illustration in 1995 and serves on the Board of Trustees.

Back to Top ⇡